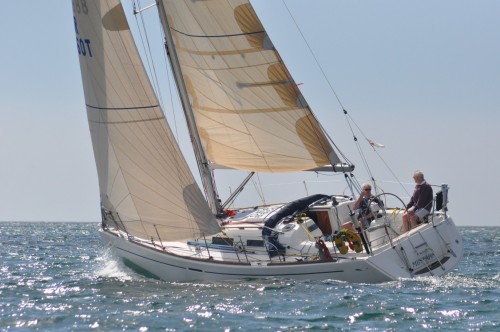 RTYC offers some of the most extensive and best club racing to be found in the South West.

RTYC is an active club with regular sailing for its members from April through to New Year’s Day. We have an extensive range of fleets from the IRC cruisers to our junior fleet of Fevas, Cadets, and now Teras and Qbas for the starter crews. In between these we have Keelboats, Sportboats and our PY dinghy fleet. There is no excuse for not getting on the water should you wish to. The classes sailed do change and indeed for 2016 some significant variations to the sailing programme. From mid-April to mid-September there is racing for every class on Wednesday evenings. It just gets too dark to race outside of these dates. The Club is fortunate to have it’s own dedicated committee boat; an Aquabel 33 that is well equipped to run racing in most weather conditions. Therefore, we normally race from windward starts and run courses of choice for the fleets.

In addition to regular club sailing we organise a number of special races and events during the year mainly for the cruiser racers. These include weekend races outside the Bay to the Yealm, Salcombe and Dartmouth in conjunction with the South Devon Combined Yacht Clubs. We also run the ever popular Offshore Week, usually in July where the fleet races to the Channel Islands and then to ports in Brittany and Normandy. There are also special day races such as the Teignmouth Outfall Race and Bill’s Goblet, a pursuit race for all classes.
The RTYC is also the organiser of the 620-mile Yachting Monthly Triangle Race from Torquay to Kinsale in Ireland, toTreguier in Brittany and back to Torquay. This popular two handed race for cruisers takes place over 12 days allowing for two or three days in each stopover. As well as being a great challenge as an event, there is always a great social atmosphere in port.

Squadron 13 On The Water